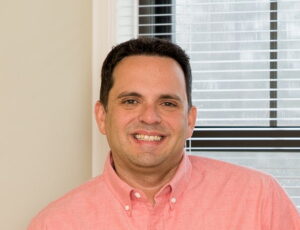 My parents both emigrated from Cuba, fleeing from Fidel Castro’s rule, as teenagers, both settling in the area of Union City, NJ in the early 1960s.  They met in high school then, again, while working as bank tellers in New York City after graduation, and fell in love.  My father worked incredibly hard, for a man of short stature, in order to ensure that I had what I needed for my education, while my mother was present for every single school event that needed a volunteer or parent.  It was from both of them that I learned both the value of helping others, but also of helping others with respect.

My professional career began in the Little Havana section of Miami in the late 1990s, providing therapy to children and families, in their homes, in the exclusively immigrant population there.  From there, I moved to New York City, where I provided individual and group therapy to teenagers inside two New York City high school.  I later began both providing and overseeing family therapy with both families of teens abusing drugs and alcohol, as well as families accused of abuse or neglect of their children. During this time, I worked to bring things such as yoga classes for kids, and Spanish-language parenting classes, to communities such as Bedford-Stuyvesant and East New York, Brooklyn.  I came to Connecticut in 2014 and, for the five years prior to my entering my practice, ran one of only three programs in the state providing therapy inside the home for families of children and adolescents who were demonstrating inappropriate sexual behaviors.

My training and experience have led to me being a big believer in the family unit as the most important force in achieving change.  This means that, if you are bringing your child to me, we are all working together on this.  If you are an adult coming on your own, it means we work towards building stronger relationships with your supports and look at what holds you back from doing so.  No one goes about this world alone.